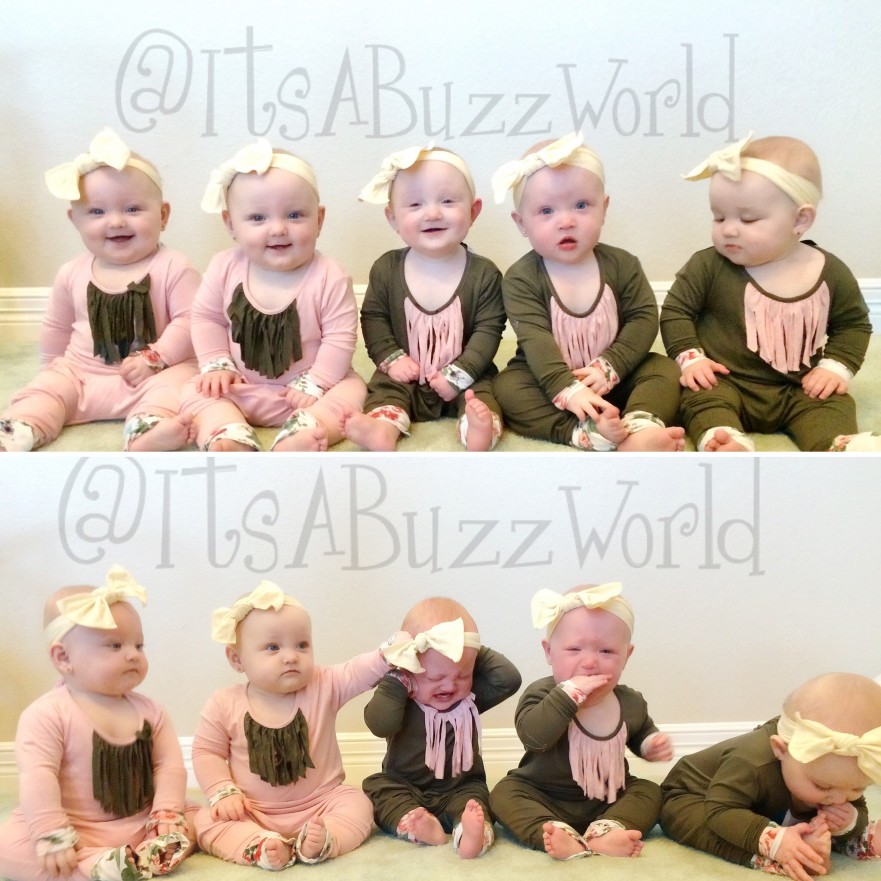 10 months!!! Are you kidding me!! How can this time go by so fast! (Next thing we know they will be 1 years old…better start planning that party now..AHHHHH!) The quints are becoming “wild”….they are not yet crawling but most of them scoot around. It’s still manageable to keep them under your eye all together but … not for long. They have all gotten so much better eating baby food but these girls (besides Parker and Hazel) are the complete opposite of Blayke..they all want the sweet foods…BOOOOO!!! Blayke loves all the veggies and the quints want the fruits, ha. Their new thing is –> having someone else paci but theirs. Drives me nuts, lol. But when you have five babies…you just let it go…ha. They are all talking so much….and of course they all said ‘Da Da’ first…..grrrrrr!! You would have thought I would have one out of five to say Momma first…lol. They can all say Da Da, Bye Bye, Hieeee..and though its not regular, they have said “mmmmooom” before 😉 😉 😉

This age is one of my favorites! It has gotten easier in a way BUT also its harder now.  Things like: they hold their own bottle, they sit up by themselves, more mobile and able to get toys they want on their own….is so much nicer. BUT its also gotten harder because they ARE more mobile so you have to be more attentive to them, more awake, its not just a bottle feeding anymore – have to feed food now so that is another task. Everything we do that may seem simple…its a challenge haha and we have to figure out what is the more efficient way to do this, that, and the other. But I do love this age! So many smiles and expressions that make my day each day. I think the best part about now is that they are starting to interact with each other more…like play with each other…its like the cutest thing in the world when they laugh and smile at one another ♥♥♥♥♥

We adventured out of the infant tub and transitioned into the sink…we call it the ‘big girl bath’. THEY LOVE IT!!! They love when the faucet water hits the water in the sink….they try to grab the water stream and they don’t get why they can’t ‘hold it’. I got some pics of their first big girl baths but then my phone died on the other two…but still too cute not to post these 3 babies pics – Ava, Hazel and Parker. xoxo 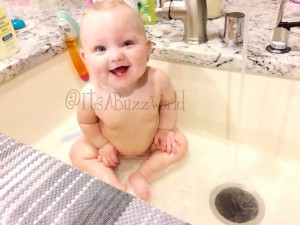 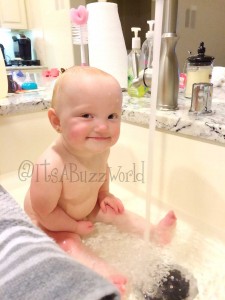 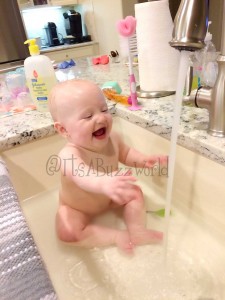 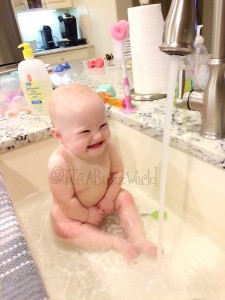 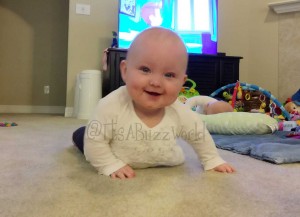 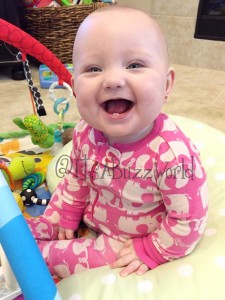 (Those cheeks are the cutest!!! So chunky!)

What a happy baby she is!! She still is so lazy though. This girl is a chunk! Outgrowing 12 month clothes as we speak. Ava is our little billy goat, giggles about everything. She can still be so serious at times…has to scoop out anything and anyone new. She also is in to taking everyones toy…its so funny. She will just keep piling toys up next to her as she continues to take from one of her sisters…haha. OH! and Ava figured out how to clap and LOVES IT!!! She claps about everything..its so cute! 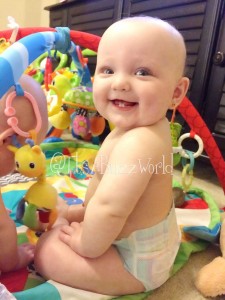 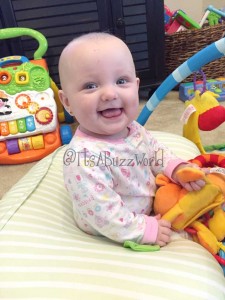 She is now the one becoming more sensitive. Her and Ava are switching that characteristic back and forth, lol. She is still the talker of the group…lordy geeze…she can get so loud…loud enough to give me a migraine, no lie! Olivia has one of the best smiles…her two little teeth and the dimples…so cute!!! At night, no matter how tired she is and even if she fell asleep eating her bottle, she will wake up the second you put her in her bed and give her ‘roommates’ about 10 minutes of non stop talking. I don’t get it… she doesn’t really do it at nap time, but at night..its a must for her….its so funny. AND at night, when its burping time..its a MUST for her to ‘burp’ you too…hahaha. She will pat pat you too…but most the time its in the face hahaha. 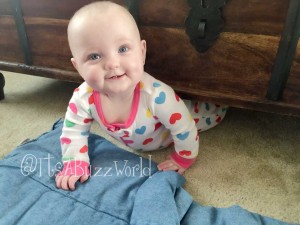 (They all love to go under the coffee table)

Hazel FAVORITE thing to do…play under the jumpy. 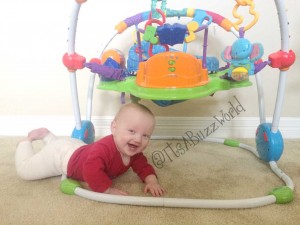 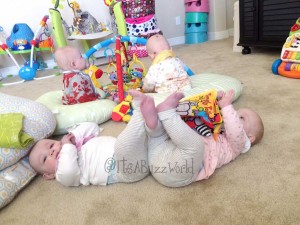 Reminds me a lot of Blayke. She is always in her own world….and likes her space. She loves to jump in the jumpy, she will go wild in there! She still has her attitude for sure…I don’t think that will ever leave her, lol! She has so many teeth..its crazy! She got her third tooth on the bottom and two top teeth all at the same time…and now has the 4th one on bottom coming it. That would be 6 teeth!!!! 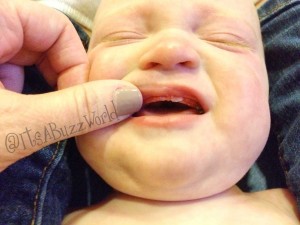 Hazel has had to see the eye doctor because she has what we call congentital nystagmus. Both her eyes occasionally move side to side. At this point the eye doctor says her vision is perfect and where it needs to be but it is something that could get worse or go away….we just won’t know until she is older. It has gotten so much better and only does it sometimes, mostly when she is tired. In most photos she turns her head and give us those little grin because of the nystagmus, BUT….those little grins get us EVERYTIME..she couldn’t get any cuter! We will follow up with the eye doctor in months to come to see what it does as she gets older. 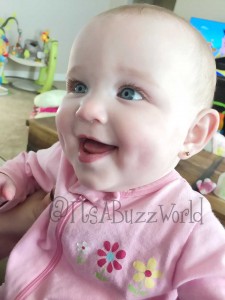 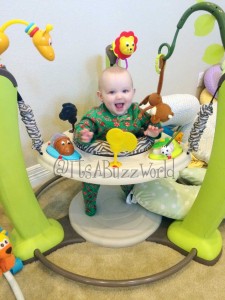 Still holds the high maintenance title 😉 Miss steam roller is still bothered by her sisters being in HER way of where ever she is needing to go…haha. She loves when you copy her scream…she will usually start laughing if you just play copy cat with her…haha. She loves the jumpy too. This girl finally got her two bottom teeth…thank the Lord those finally broke through….she is the worse to go through teething with, lol. She will army crawl to any and everything that is not a toy…don’t you dare leave a diaper out, she spots it and then races to it!! 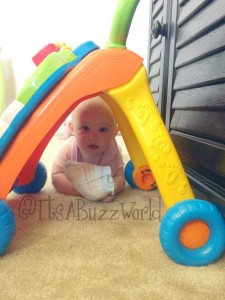 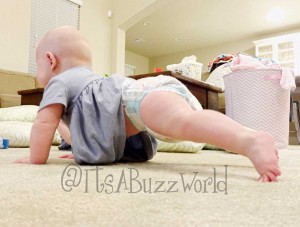 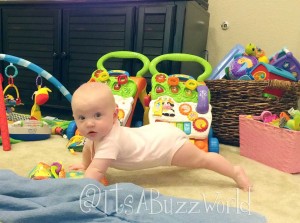 Parker is going to be our little athletic one. She loves to do planks, on hands and toes as well as she will go to one side – one had and foot (I mean…Im not even back to being able to do that side plank, lol). Something that makes us laugh about her is she loves to pose…its so hilarious. She just always is posing…not sitting like the others or laying like the others…she is ‘posing’…haha. This girl will scarf down any food you put in front of her, she is such a greedy eater, lol.  I think she will be the first to fully crawl. She has it down on all fours and gets all the movements to go backwards….just needs to figure out the hands and legs going forward.

Parker loves to smile and then she grins really hard into her smile…can you tell?? 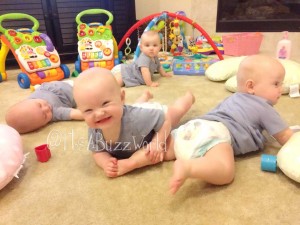 Blayke Louise….little princess has discovered she LOVES makeup! She wants so bad to wear ‘red lipgloss’ to school…haha. But I told her she can wear red only on Valentines Day, lol. She finally got her own makeup set…she was in heaven!!!! 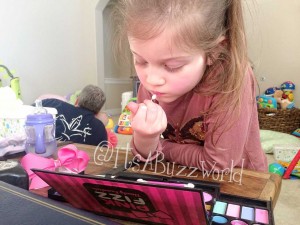 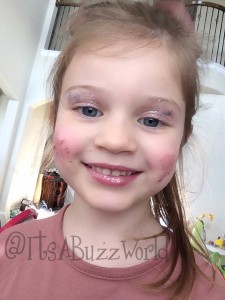 Even Mommy got to play makeup..with Elsa 😉 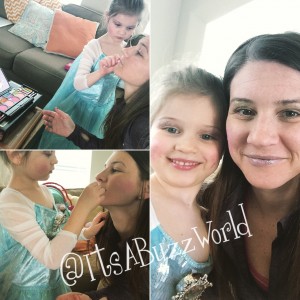 We are absolutely LOVING our life…crazy as it may be..it was created just for us!! 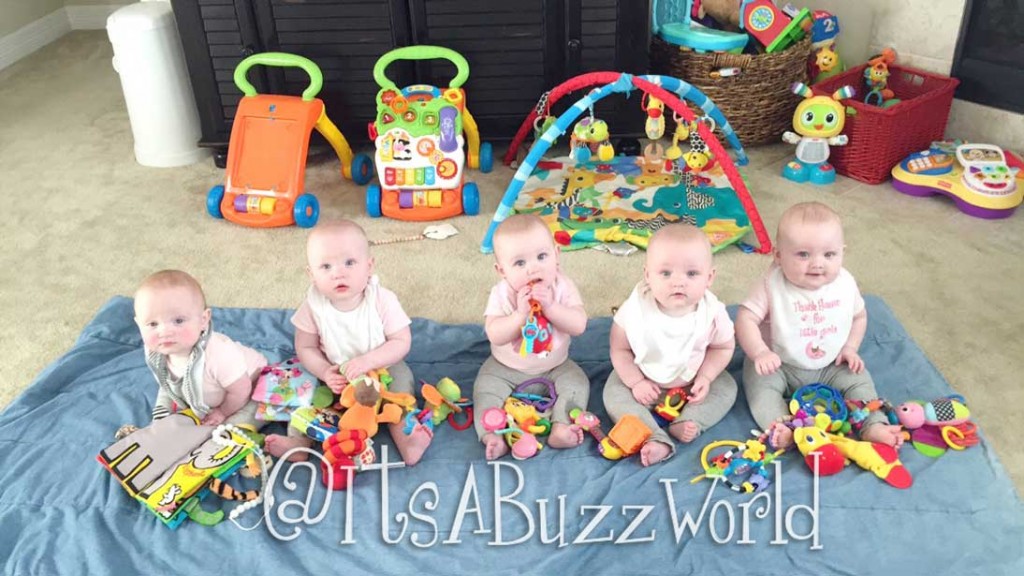