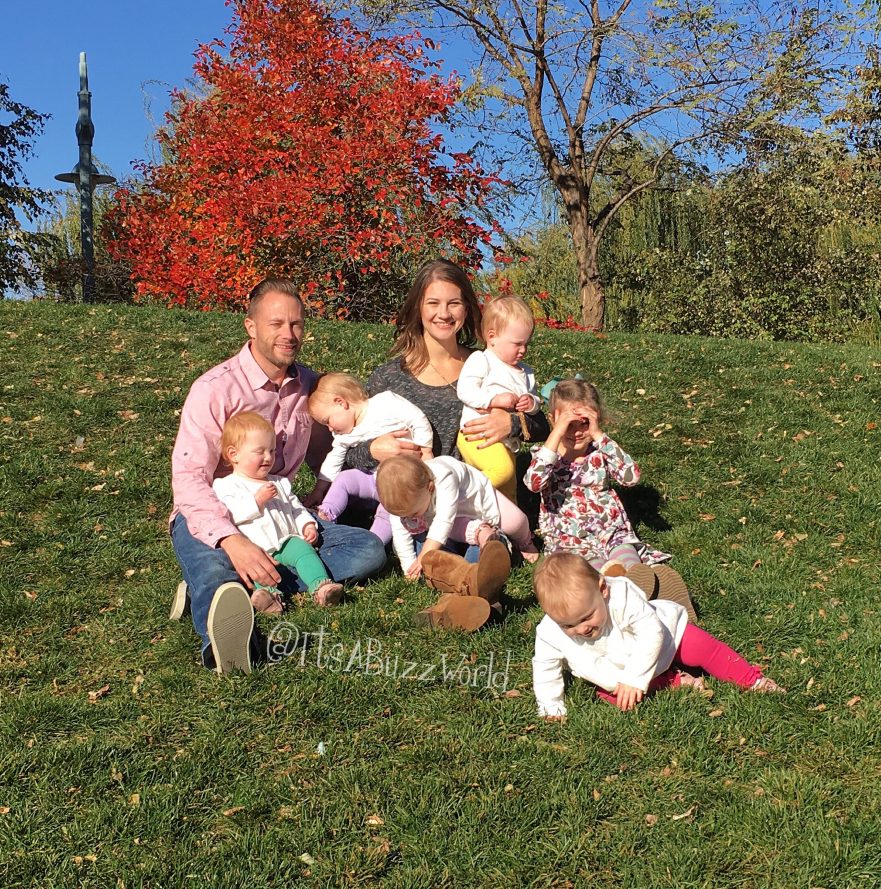 The last few months have been….ummmm…crazy!! When I thought life was wild months ago…it seems to keep getting more hectic as time goes on, haha. I have tried and tried to find time to blog, I hate how I haven’t been able to, but for some reason (lol) time gets taken away from me so fast every day. HOWEVER…the best part about not being able to read about what has been happening with the Busby Bunch the last few months is….we get to WATCH IT!!! Our show OutDaughtered (on TLC Tuesdays at 8pm central) premiered Season 2 on Nov 15th and we get to watch what has been happening in our lives the last few months. 🙂 (It is still so crazy to see that we actually have a tv show…haha…still doesn’t feel real).

The last 3 – 6 months have bee the most…umm… challenging. Blayke started Kindergarten this year (how on earth is she that old already????) and the quints are walking/climbing/destroying everything possible. I would say the hardest stage of life with quintuplets was for sure the beginning stage of figuring out how to take care of all these babies while having NO sleep…but next in line would be the walking stage. Crawling was fun and cute, but once they started walking….they became ‘spider girls’ and want to climb on everything!!! They all want to go in their own direction like a bunch of ants and it sure is challenging to keep your eye on all them at same time. Thankfully we have a playroom in the house that is the ‘safer zone’ in the house….but man!! it is getting to the point where their playroom is no fun to them…haha!! They just want to be in the kitchen playing in the cabinets or in the laundry room playing with Moo Moo’s bed / dog bowl.

I managed to get all 5 in a regular sized tub!! LOL, one day they will look at this pick and think “what the heck Mom!” 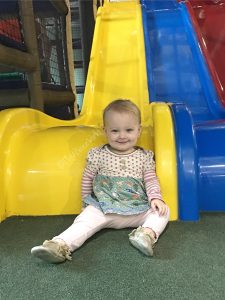 This girl is a Momma’s girl…. I secretly love it 😉 I need atleast one of the five to want their Mommy the most, right? She has become funnier as time as come. She still is super sensitive and needs attention when her feelings get hurt for sure…and it is the end of the world most the time when something isn’t her way. Full of attitude and bossiness. Her favorite thing to do is play with smaller character figurines and carry around a little baby music box. She still plays best with identical sister Olivia. 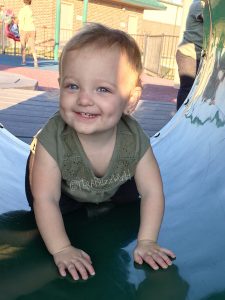 Character out of the bunch for sure! She is obsessed with dancing (especially to Justin Timberlake…no lie!! takes after her Momma, lol), and being silly. She will dance and spin around till she is literally dizzy…it is hilarious. She has just as much sensitivity and attitude as Ava. Goodness!! they are something else!!! Olivia loves books, baby dolls... “bae baeee” as she would say, and swinging!! 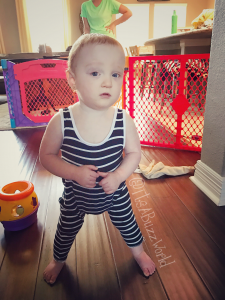 She still holds the title as our sweet cuddle bug… there is just nothing else to say, she is just the sweet baby, lol! She loves talking, singing, giving kisses and just being in her own world. She has been doing extremely well after having her eye surgery (episode 3 of OutDaughtered on TLC ), walking now and up to speed on everything like her sisters. 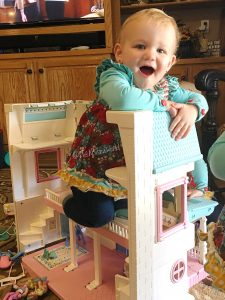 Feisty as ever! Everything you say to Riley, her response is “No”, lol (its so funny). She is very smart, catches on to everything. Loves to take what is not her’s and act like it was her’s in the beginning. Her and Parker go at it all the time, ha. 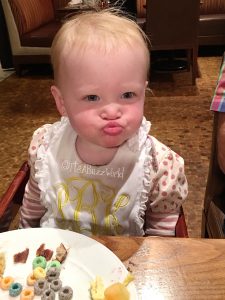 PK!!! The climber!! Still loves to read and loves to play one on one with any of her sisters -> absolutely adorable. Her laugh has become so cute too. 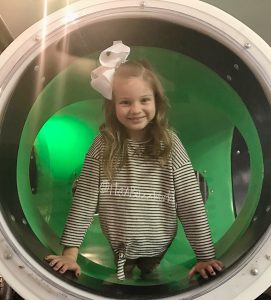 LOVING kindergarten!! She seems to have grown up so much the last few months after starting kindergarten….meeting new friends…and new attitudes 😉 Still loves her sisters so much and gets excited to see them everyday after school….and now that she is leaning in school, she LOVES to play teacher with her sisters. Our newest adventure with them all is playing dress up! So cute! We ave experience the “I cut my own hair” phase….at least it wasn’t that bad, lol. Kinda looks like bangs…until the wind blows and it sticks straight up 🙂 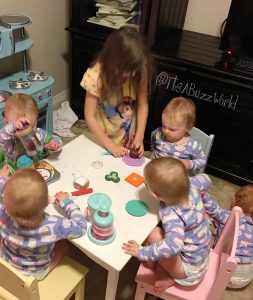 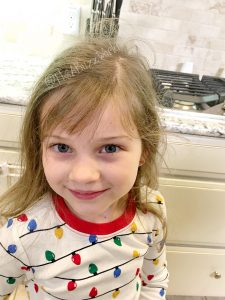 We are so excited for the Christmas Season! 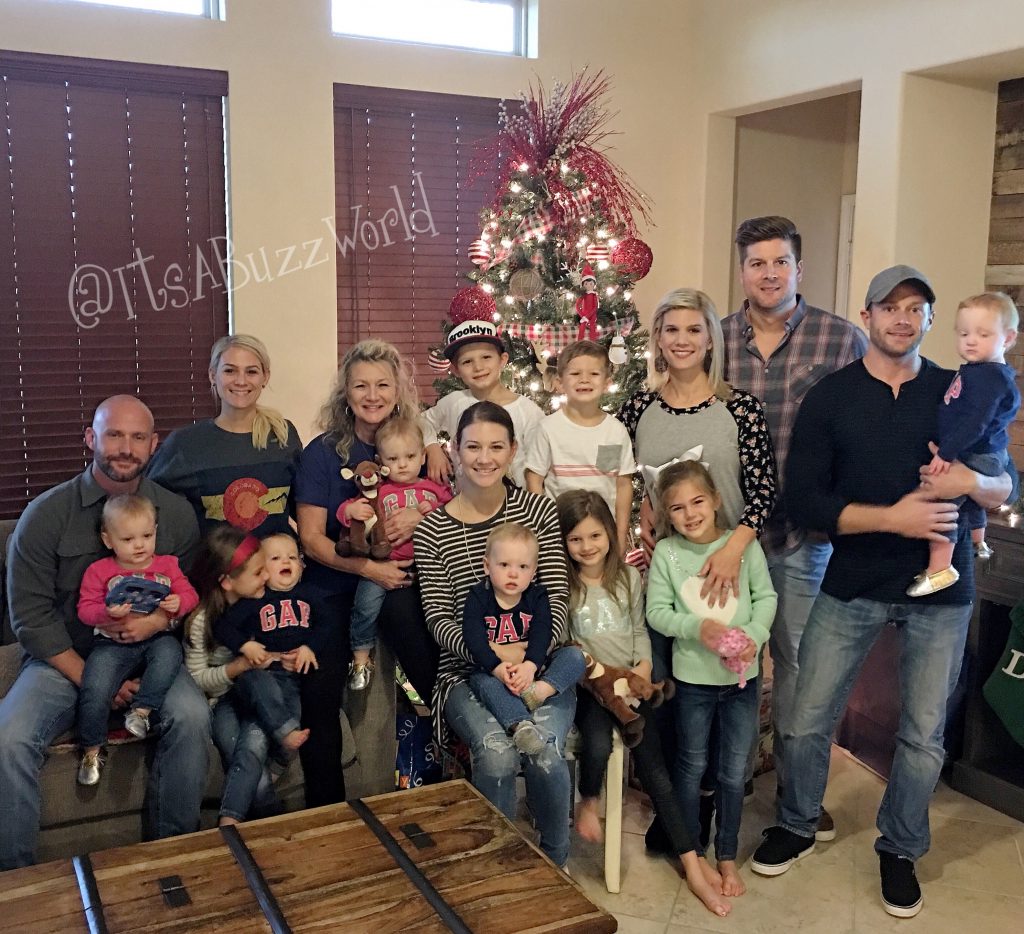 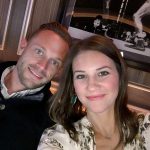