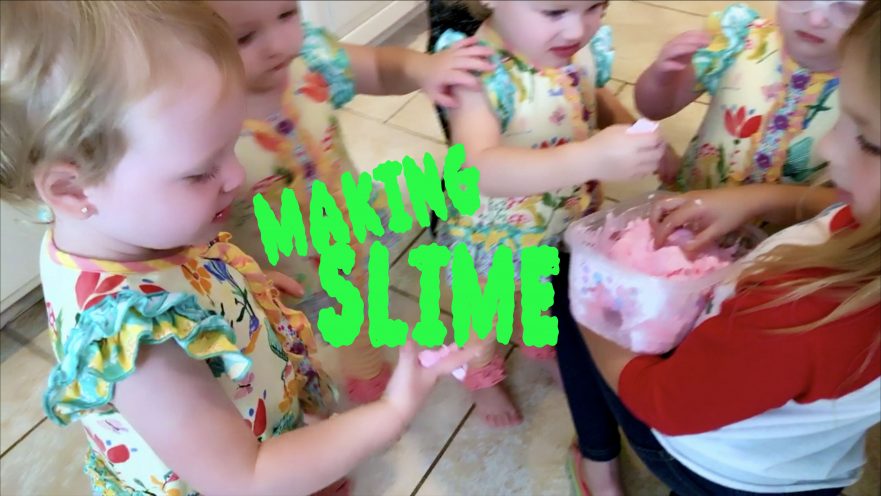 Blayke is obsessed with making slime…so on a rainy day we decided to make Fluffy Slime. I found a Fluffy Slime recipe on Pinterest and had a lot of fun with our science activity. Yes Blayke and her bestie, Kennie, are in long sleeve Christmas clothes, lol. They crack me up…they were playing ‘Christmas in August’  before we started the slime activity. They sure did start sweating real quick when we stepped out in the 90 degree weather to go get the ingredients, haha.

The Quints loved watching the big girls make the slime…they sat nice a still…until they couldn’t take it any more. I did not want to let them make their own just yet because this was the first time I was making this recipe and wasn’t sure if it was going to work…so it was a big kid activity. But they did get to play with it after it was made.