Schedule in K.E.Y to raising multiples. In fact, I feel a schedule is key to raising a child.

When Adam and I had our first child Blayke, we were those first time parent’s that felt like they “knew” what there were doing… until we got home with our baby and then some how forgot everything we prepared for, lol. One thing is for certain though, when we had Blayke, of course our lives changed (we were now a family of three and no longer just Me and Adam), but just because we now had a child didn’t mean we stopped doing “our life”.  Adam and I  both worked full-time jobs and once my 4 months of maternity leave were up, back to work I went.  Knowing myself… and how much I require sleep (OMG!! I love to sleep! lol)… I knew we were going to have to have some type of schedule so we could get Blayke sleeping through the night before I went back to work. A friend of mine told me about a book called Baby Wise 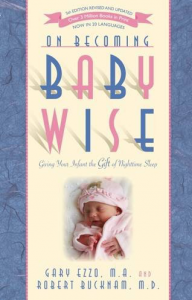 This book is really where my ‘schedule’ all started from. The book is GREAT, but not all the book was relevant or something I ‘needed’ to know or read… but I do still recall Chapter 5 or 6 was the important one…about a routine / schedule. This book really helped us know how to have a happy Blayke and with a happy Blayke, came a happy Mommy and Daddy 🙂 Blayke was a part of our life now, and we didn’t want to stop ‘our life’ but to bring her into our life. So where we went, Blayke went… no matter where it was: friends house, dinner at restaurants, church, shopping, etc.

Getting on some sort of schedule for feeding and sleeping was key to having such a happy and content baby…but also what was more important was Adam and I KNEW Blayke…we knew what she needed anytime of the day and it was never a guessing game of ‘why is she crying’ .. we always knew what she needed. I know that might sound a little far-fetched, but ask anyone…we were pretty on point for knowing what she needed. With that being said, knowing what Blayke needed was not something that happened over night (lol). I would say it was a trial and error for about two weeks. I tell everyone…those two weeks will be the hardest, BUT if you stick with it, it will pay off tremendously!

Blayke was sleeping through the night at 10 weeks old! 10 hours a night at 10 weeks old! Of course, like any other Mommy, the first night that happens… you wake up like 50 times just making sure she was still breathing… haha!  But it sure did not take me long to get used to the wonderful 10 hours a sleep at night. It was clear to me the schedule is working!!! We knew Blayke so well, we could tell you if she ate lunch too late, she would fall asleep in her high chair… we could just lay her down in her bed all by herself and she would fall asleep with no ta-ta-ing. It was great knowing when she would be sleeping and when Adam and I could have time together. The schedule not only kept Blayke happy, it kept Mommy and Daddy happy because we knew the times we could schedule to be just us two.

I think the BIGGEST part of the Baby Wise book was it taught me that the child should ‘eat, play, sleep’ and not ‘eat, sleep, play’. This was the biggest part…eating then PLAYING! Most parents, feed a child just to get them to sleep… but what was key, was letting them play so they would get tired on their own and were ready for bed without you having to make them go to sleep. *Now of course this was during the day, the last feeding of the night was special and incorporated a night-time routine and would eat than sleep for the night.

Now… LIFE WITH QUINTUPLETS and a Schedule

So to all the parents out there, I know it is easier to leave your child in a bassinet right next to your bed for months… but what does that do to “your room”??? Our room was OUR ROOM! And having Blayke and then the quints sleep in THEIR room made it so much easier for Adam and I to have time together… without being feared of waking a baby just to talk. Your house will get taken over by everything else baby, so leave that one space, YOUR ROOM, YOURS! 🙂

When the Busby Quintuplets came home after being in the NICU for 12 weeks, we HAD TO BE organized when it came to feeding them around the clock. Not only did we have to feed 5 babies every 3 hours,  we had to supplement breast milk with formula, three different formulas! and they all had acid reflux (which is very common in preemies) which meant they each had their own types of reflux medicines that had to be given to them either before their feedings or during. So this chart kept us on point! Especially when you are feeding babies for a hour and half, every three hours… and its the middle of the night…and you have had 20 minutes of rest, you need something to keep you accountable for which baby needed what. ♥ 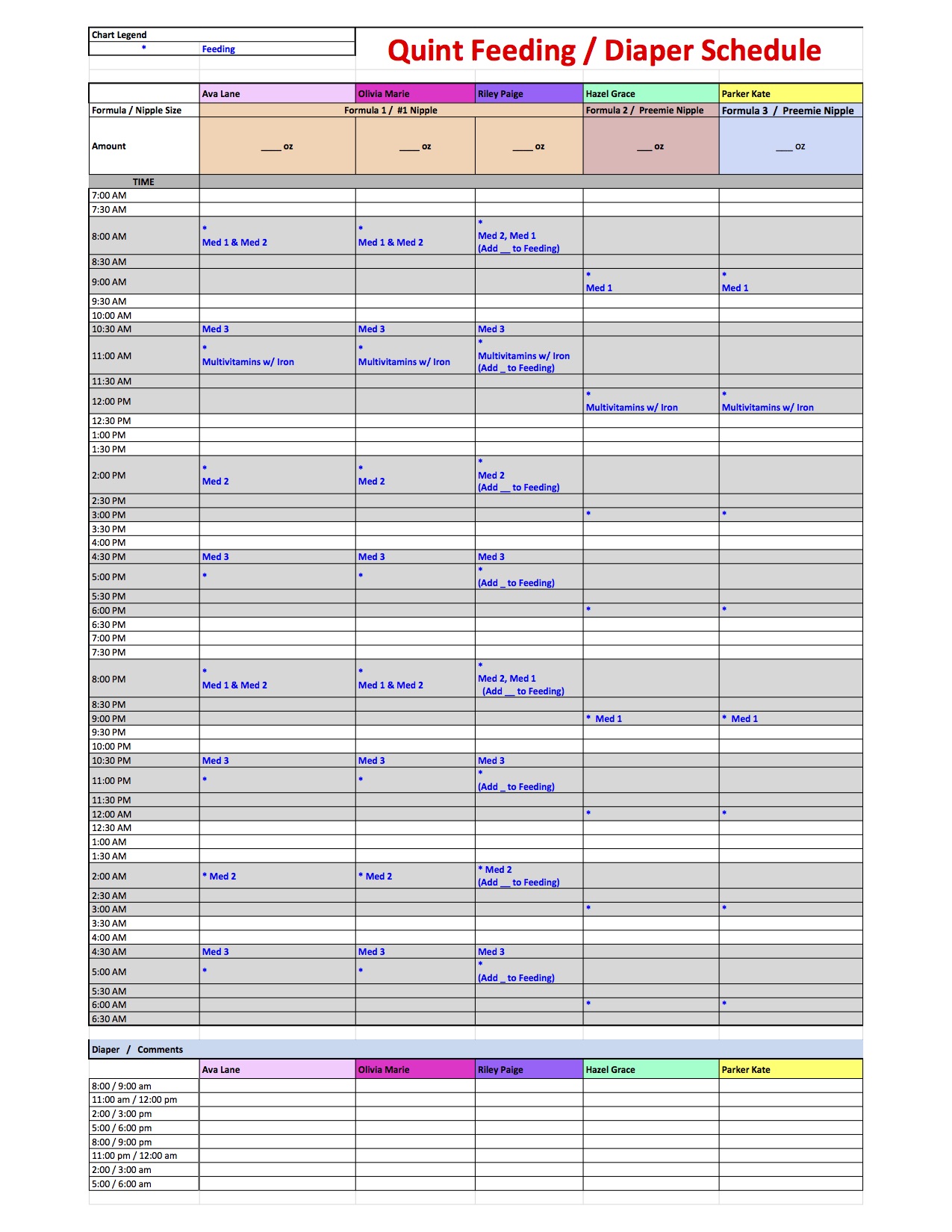 The chart above helped us log what medicines go out when, what diapers were like, what type of milk to feed each quint…but we needed something to keep us all on a schedule. We followed what we learned when we had Blayke and what Baby Wise recommended by putting the babies on a eat, play, sleep schedule…. so we tried our best to incorporate a routine. The schedule started out with a lot of naps in one day… all the way to what we go by today. Are schedules were KEY for how our days ran. We had so much love and extra hands helping us feed the girls and I do not think we could have made it through those days without a process (lol). Thankfully logistics, planning and scheduling were part of my career life…though life turned from the Oil and Gas industry to taking care of quintuplet industry haha! Schedules are something…I LOVE! so we still run of a schedule today.

As the Quints grew, their schedule changed. I can not remember exactly what age they were when we went to a 2 nap schedule, but this 4 hour / 2 nap schedule was the routine we stayed on the longest. 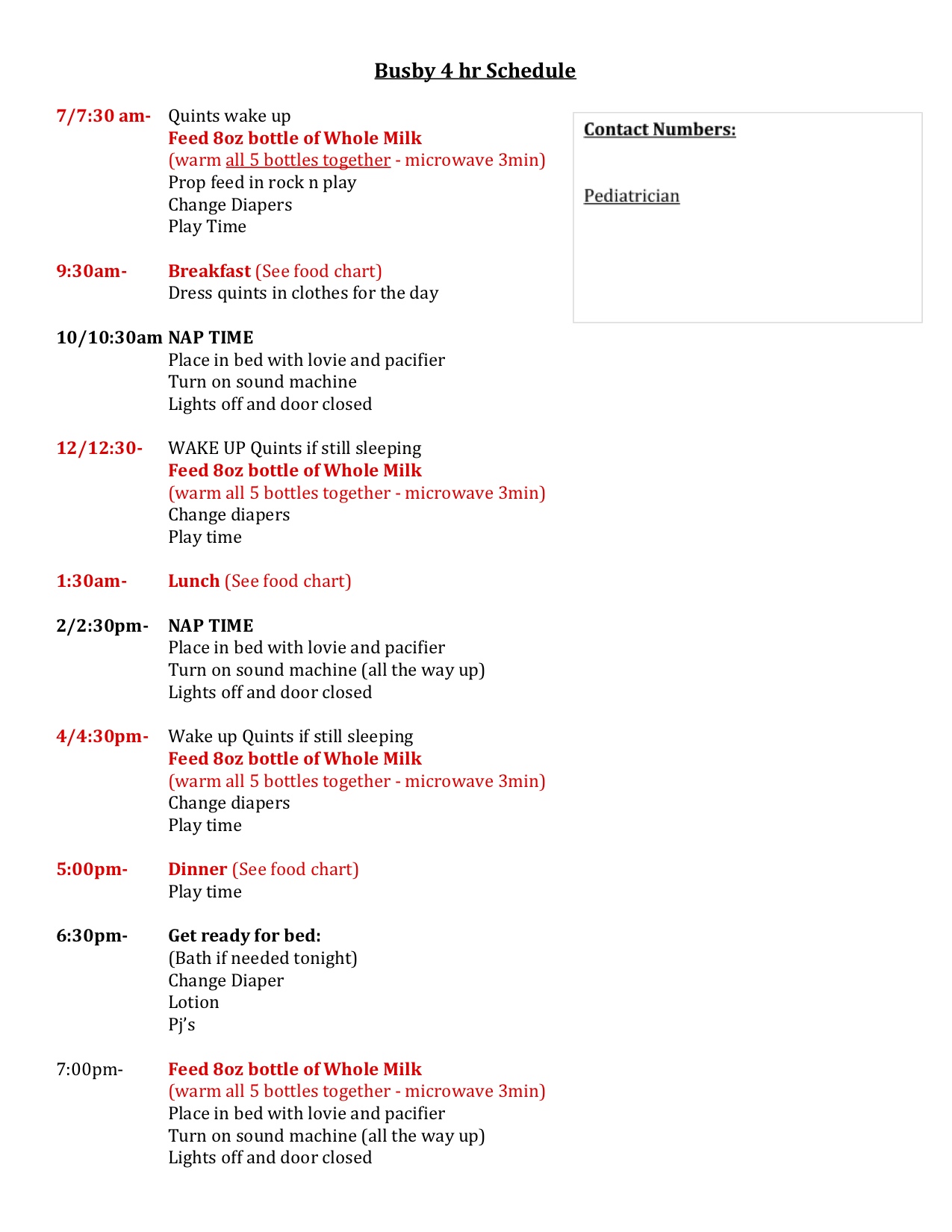 The Quints are now 2 years old…. and I think a routine is more important NOW than ever. Why?? Because I know when I get some DOWN TIME. When you have FIVE two year olds running the house and in their terrible twos (loud and proud) our schedule lets me know exactly when it will (hopefully) be quite….quite is sanity in my book..now a days, lol!  We are a very busy household and have tons going on constantly…but a schedule is STILL important. 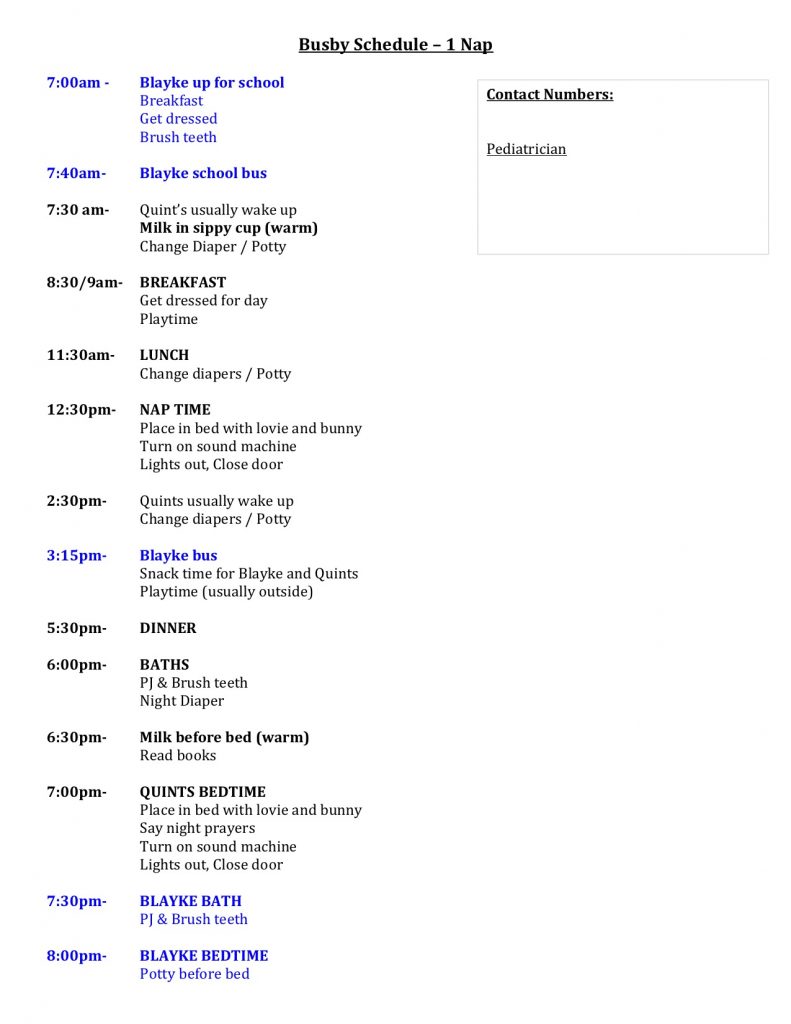 Last chart I will share is our ‘vacation/helper’ schedule. When Adam and I came across the FIRST time we planned a trip with no kids…. we knew it would take a handful of people to rotate and care for the girls. So me and my love for schedules ♥ had to come up with a chart for who was going to be here and when. I wanted two people at the house at all times while we were gone. This schedule let every ‘helper’ know who was coming to take over their ‘shift’ haha. I typically plan to have 3-4 people that can rotate and share the days. When I think about it….it is pretty crazy to have to have a chart like this when you just want to take a weekend trip away…but when you have 6 kids and five of them are in there terrible twos, you don’t want to put the whole weekend in just one person’s hands….haha! 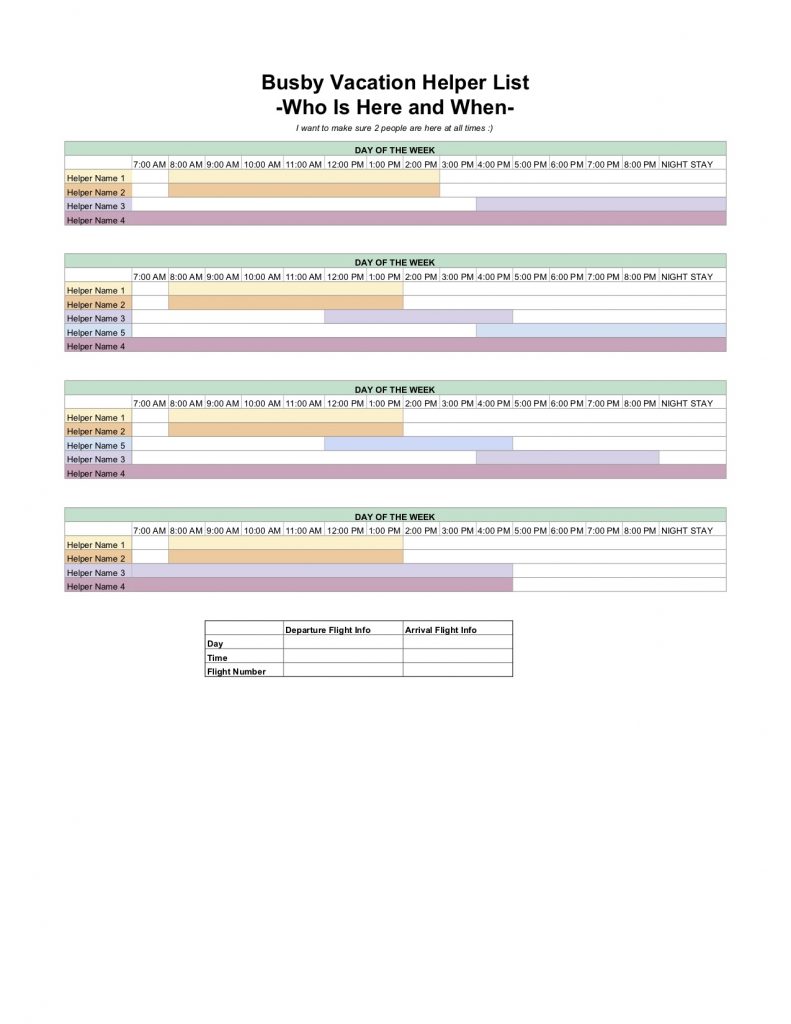 Well, there you have it!

The KEY to our sanity!